Another compelling argument for BDSM as a healthy practice is that most problems that people in the BDSM subculture face come not from the practices themselves, but from being forced to hide these practices, or the discrimination they face in society if they do not hide them. When people believe that sadomasochism (SM) is violent or abusive behavior, it often results in harassment and discrimination against those who identify as SM – not just in conservative or religious communities, but also facing opposition from self-identified feminists. Even the National Organization for Women (NOW), which supports equality of the sexes and advocates for lesbian and women’s rights, explicitly rejected sadomasochism in a 1980 conference resolution, as it violated feminist principles. Their and other feminist’s ideas that SM was abusive and violent were not built upon research, but quoting specific people who had encountered abuse. SM has been shown to be consensual and desired, however, involving discussions of limits and levels of comfort, rather than unpredictability and escalation that are associated with abusive behavior. Having garnered enough support by 1996, in 1999 SM practitioners were able to have the anti-SM stance of NOW removed, but the group is still not openly supportive of these practices, and therefore safe SM techniques and discussions for awareness will likely not take place in the group. There has been a lasting pattern of discrimination against SM practitioners, and they face harassment and violence, and there are cases of people losing their jobs or the custody of their children during divorce and family court proceedings (seen as “unfit”) as a result of their practices coming to light or never being hidden in the first place. There has also been resistance to SM conferences, which have been canceled and banned by venues because they are controversial; this makes it more difficult to hold meetings for SM education and support. Additionally, many states still have statues in place that forbid “consent as a defense to assault” which is used to penalize SM behaviors considered by prosecutors to be too extreme. 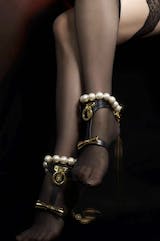 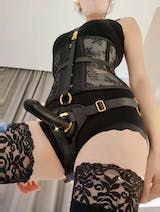